How to do a continuous ping in Windows, Linux, and MacOS

Step 1: Open the Windows command prompt. One way of doing this is by entering the key combination Windows + R and enter the command CMD.

Step 2: Enter the command line ping with the -t option and any address and confirm by clicking [Enter]. 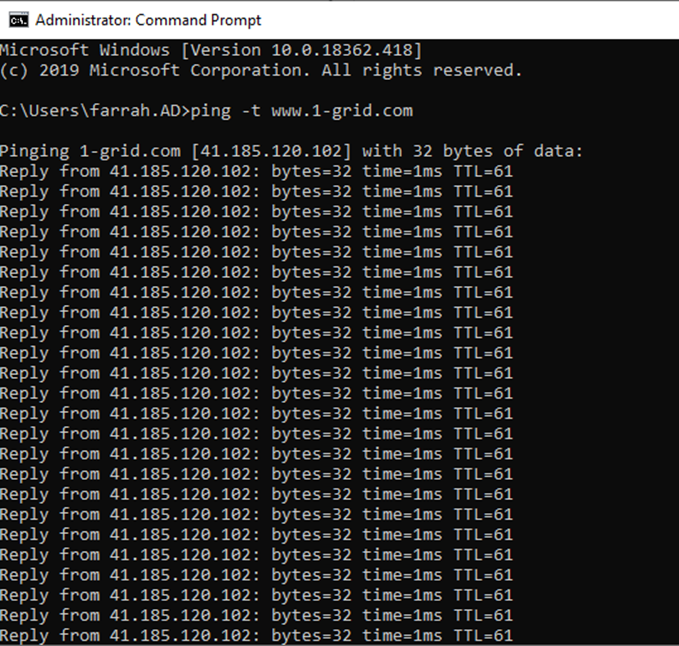 If you stop the ping, the program displays a statistical summary (ping statistics) at its conclusion.

If needed, you can redirect the standard output to a text file. To do so, you add the appropriate operator (the greater-than symbol) as well as the file name (including the extension).

If no file is found under the specified file name, it will be automatically generated. In the example presented above, we redirect the standard output to a txt file named pingtest.

Step 1: Open the terminal for your Linux distribution in Ubuntu. One way to do this is with the key combination [Ctrl] + [Alt] + [T] (Genome, KDE).

Step 2: Enter the ping command and the target computer’s address in the command line and confirm by hitting [Enter]. 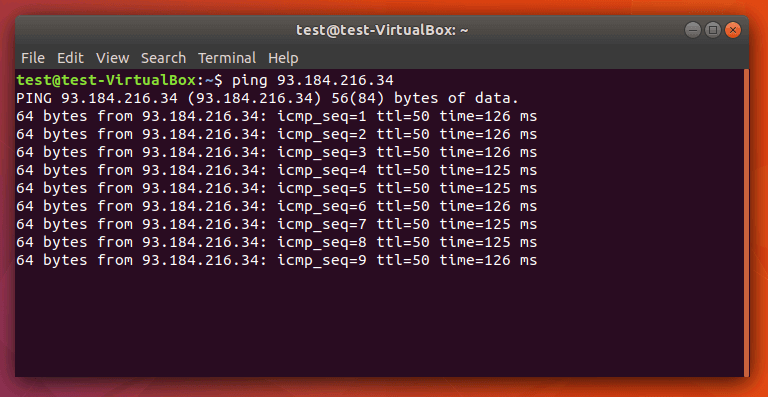 If you’d like to have the continuous ping issue a timestamp, use ping with the -D option. In this case, the output for each incoming response packet is preceded by a UNIX timestamp. 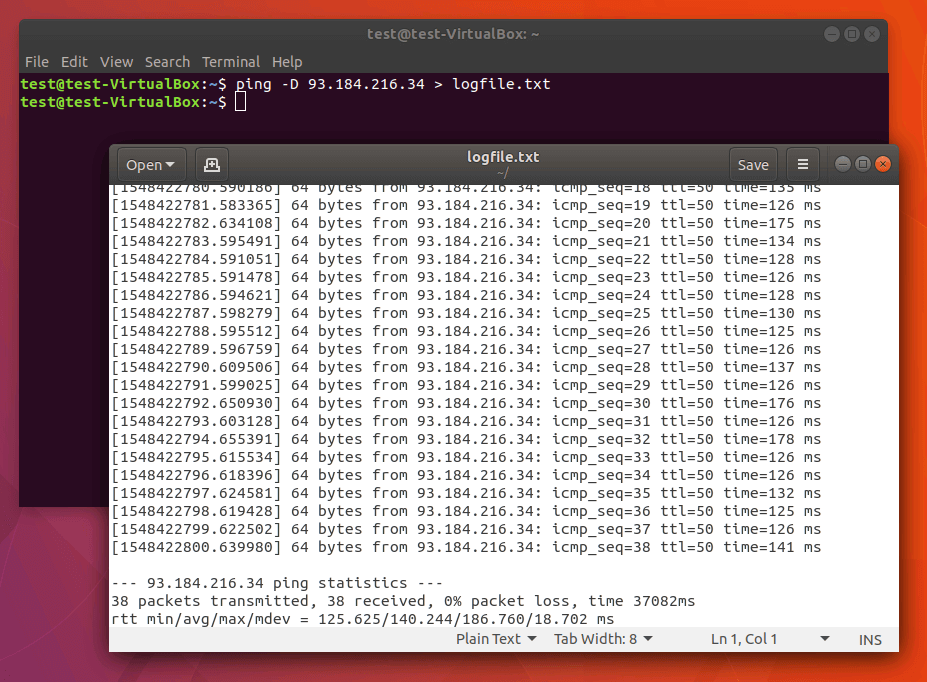 If you don’t want to run ping on an endless loop in Linux, define the ping quantity with the -c option according to the following example.

Step 1: Open the terminal. You’ll find the Mac terminal under “Applications” in the subfolder “Utilities”.

Step 2: Run the ping command with the address of the target computer. 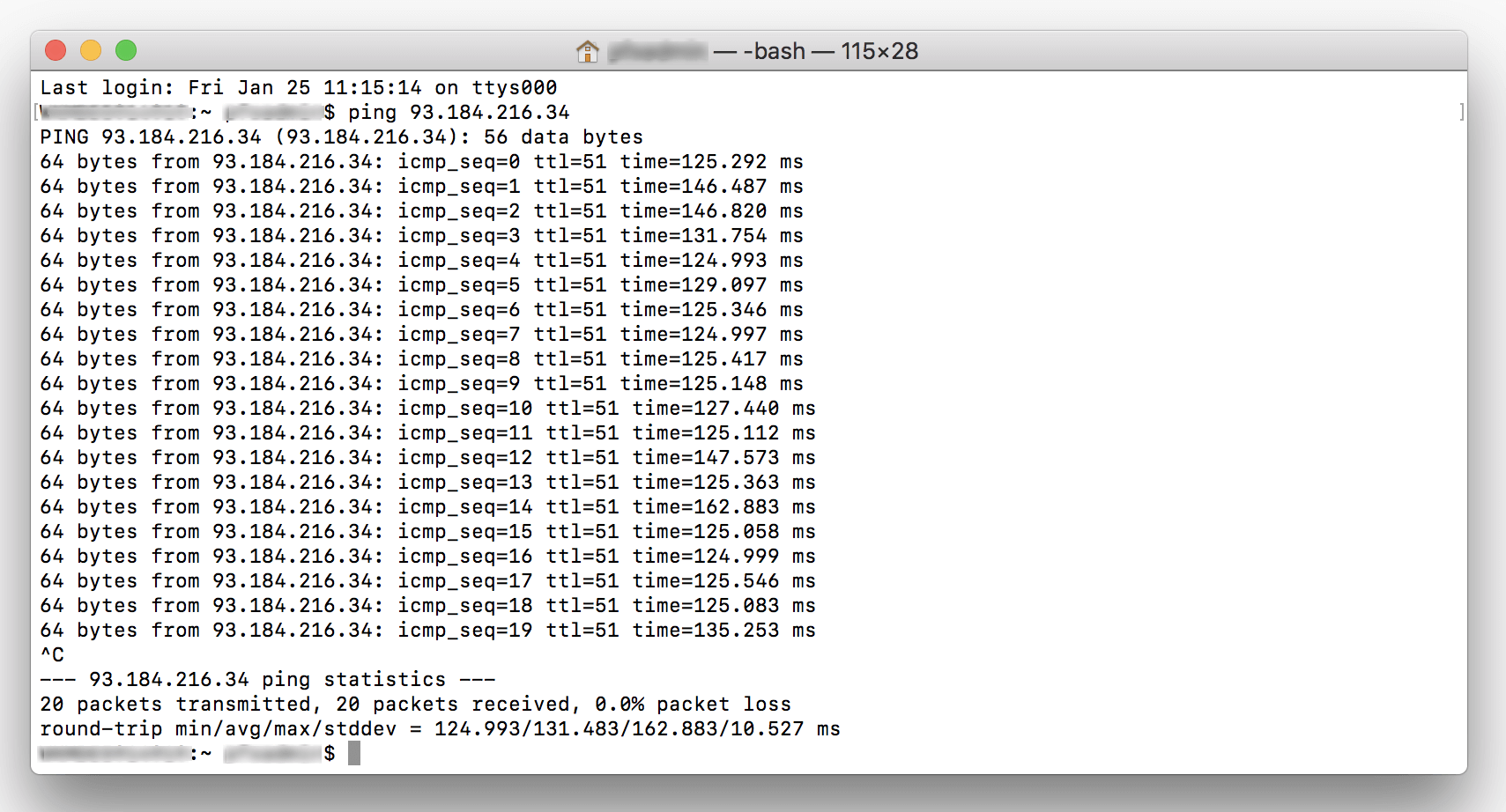 In MacOS, you redirect the standard output according to the same procedure you would use in Linux and Windows.

Run a ping test as you would in Linux with a user-defined quantity of echo request queries by choosing option -c.

For the updated version of this article please see: How to do a continuous ping in Windows, Linux, and MacOS

Should you still experience issues after using this guide please contact our Support Center by clicking here.

Did you find it helpful? Yes No

Send feedback
Sorry we couldn't be helpful. Help us improve this article with your feedback.